Anniversary of My Jim Morrison Testimony

Today is the 38th Anniversary of my testimony at Jim Morrison’s Miami trial. I was his first defense witness. Full story and photographs here.

A new book by Alan Graham, Jim’s brother-in-law, called “I Remember” will be released on March 14.

Alan’s personal account of these events provides rare glimpses and intimate insights into the other side of Jim Morrison and the people who loved him.

Check out the new book here!

Alan also has several podcasts, including The House of Detention. You can listen to it online or subscribe here. He also has a forum site, LizardKingLounge.com. 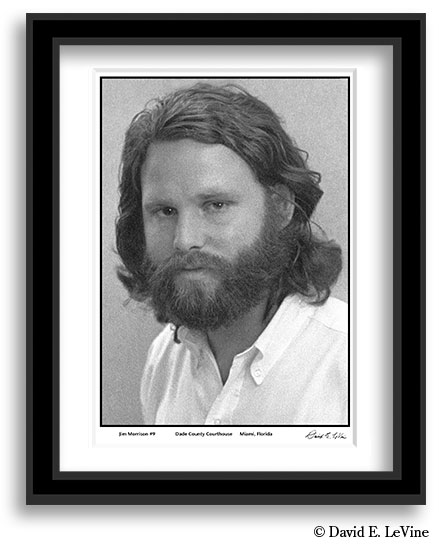 Today a good friend of Patricia Morrison’s, Jim’s wife, presented her with a framed print of Jim Morrison #9. She was thrilled and told me, “Thank you! The picture, hand-delivered by Fernand yesterday, is absolutely gorgeous. Thank you so much for being part of the surprise. Fernand is a dear young friend, and it was so considerate and kind of him to give me the photo for my birthday. Anyway, the picture is lovely. Now I just need to figure out where to hang it. Again thanks.”

Today is the anniversary of the Doors Concert in Miami, the infamous venue where Jim Morrison was supposed to have exposed himself. Read my story about the event here. I was there photographing the concert and subsequently ended up testifying at Jim’s trial as his first defense witness. 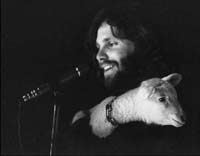 Jim Morrison to be Pardoned ??

Yesterday, Charlie Crist, Governor of Florida, announced that he was considering pardoning Jim Morrison, postumously, for his conviction in 1970.

The case was brought to his attention by Dave Diamond who wrote a letter to Governor Crist. Read the letter here.

Also, here is Dave Diamond’s official article that he is sending out to the press, radio, TV and Bloggers.